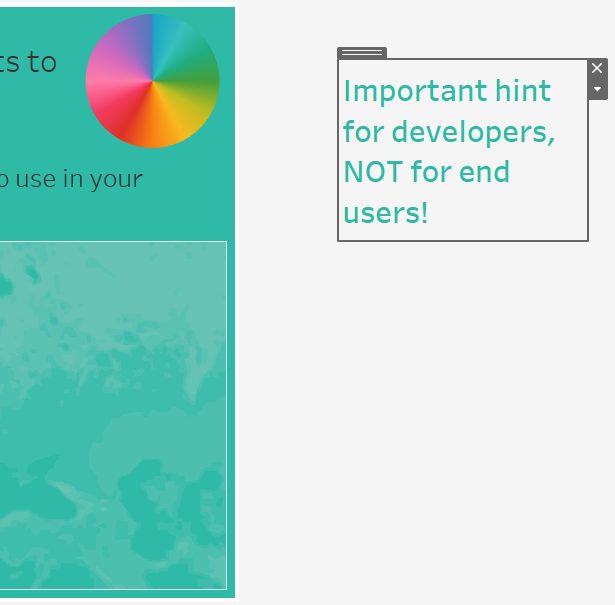 These are tips 20-21 of my Tableau Speed Tipping session. Refer to the Table of Contents to find the other tips.

The Layout pane allows you to position floating objects very precisely. However, we often don’t know the exact coordinates of where we want to position our items. Using the mouse might be inconvenient for whatever reason. You can instead use the arrow keys, but this is very slow going. You want things to move faster? Simply press Shift, and then your arrow keys will move floating items by 10px-steps.

Sometimes you have dashboards that still need some work already in user acceptance testing, or you have a version 1 in production. You might want to leave hints for other people who are working on this dashboard, but you don’t want the users to see these hints. How?

Instead, use your arrow keys (keeping Shift pressed for faster movement as per the above tip) to move the object to the very edge of the dashboard. Here it should not be visible for end users. Alternatively, if you want it further outside the dashboard, go to the Layout pane and insert a position that is safely outside. If your dashboard is 1.000px in width, for example, simply type in x=1.200px, and your object will be far outside the boundaries of the dashboard.